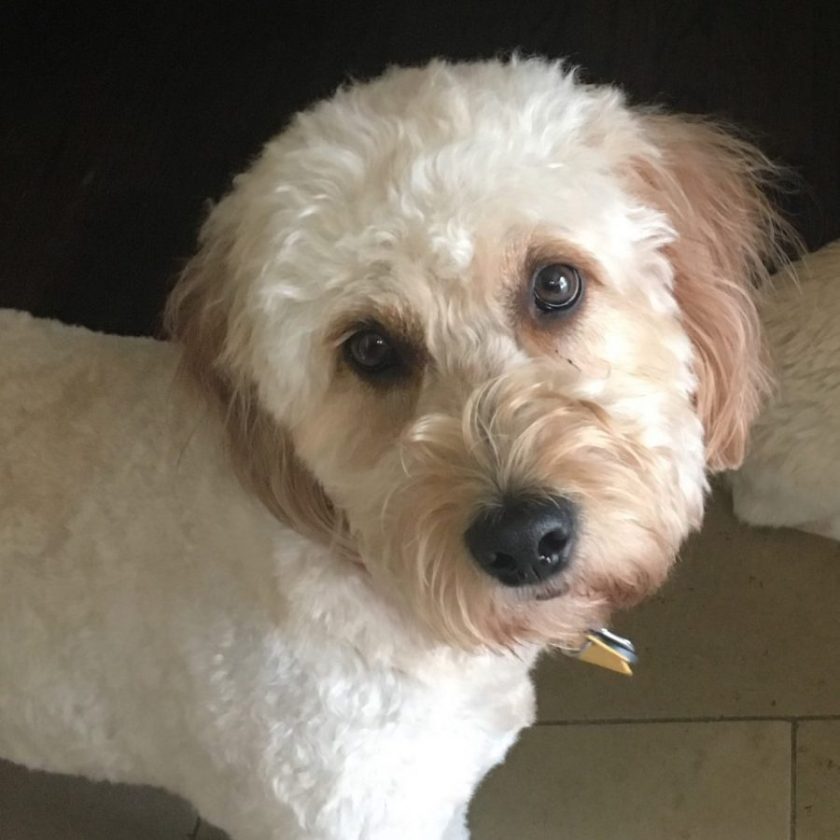 The official start to fall has arrived and we are finally experiencing more pleasant temps in Houston! Ahhh…..Patio weather! Those fleeting couple of months where us Houstonians actually want to sit outside and enjoy the beverage of our choice, some grub, and people watching.

Who better to invite for dinner, or brunch, and drinks than your dog? Don’t you think he (or she) would love to join you on a patio somewhere, drinking something cold, and mingling with other dogs and dogettes! Who can say no to that face!

Thanks to the foundation of Paws on Patios in 2010, Houston restaurants can obtain city permits to allow dogs at outdoor tables. This initiative finally put Houston in line with other Texas cities that already had a similar permit program in place. Woof woof!!

You love your dog, don’t you? Take that puppy out for some fun! Here are some Houston area restaurants and bars that welcome your furry friend. Just check ahead with these establishments to make sure their dog policy hasn’t changed. And, if you have taken your furry friend to a local restaurant or bar in Houston that’s not on the list please let me know in the comments section at the end! 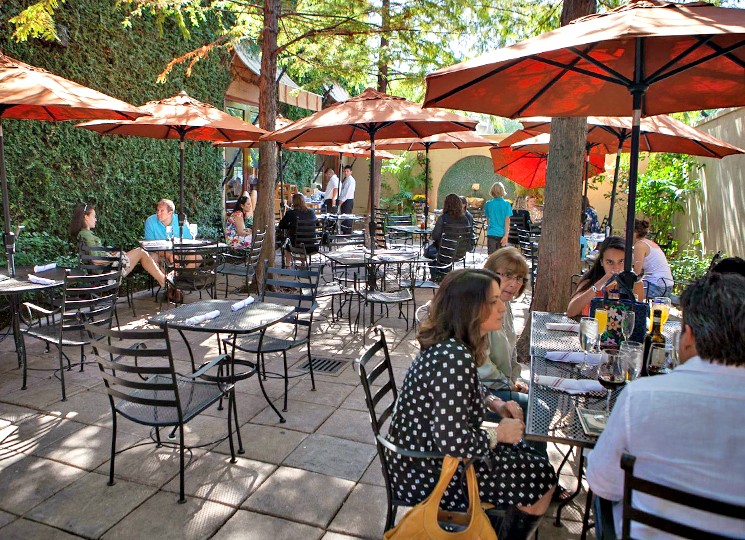 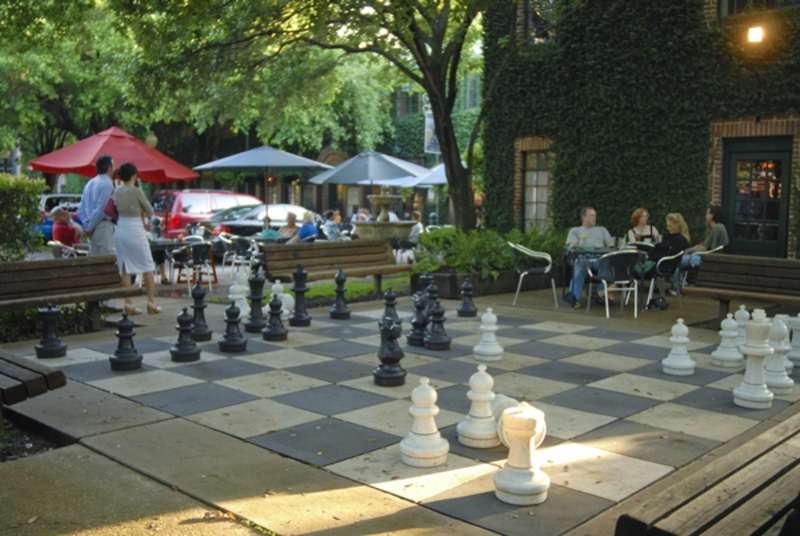 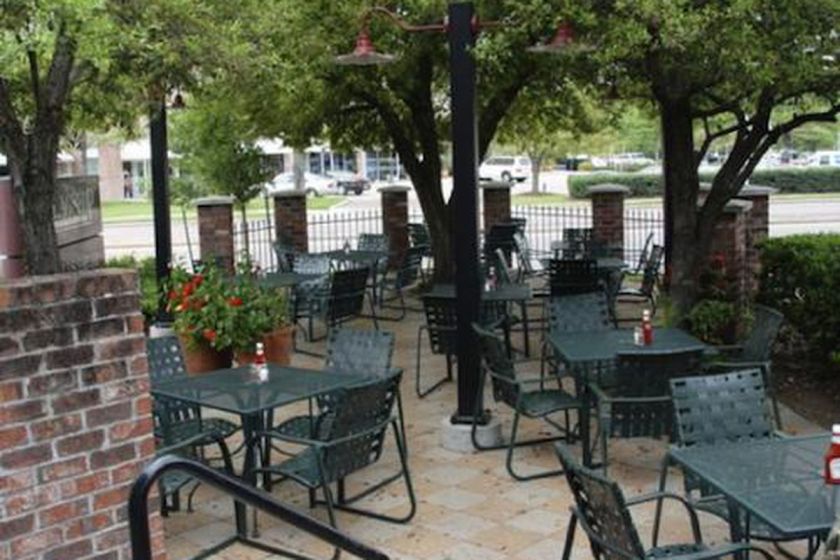 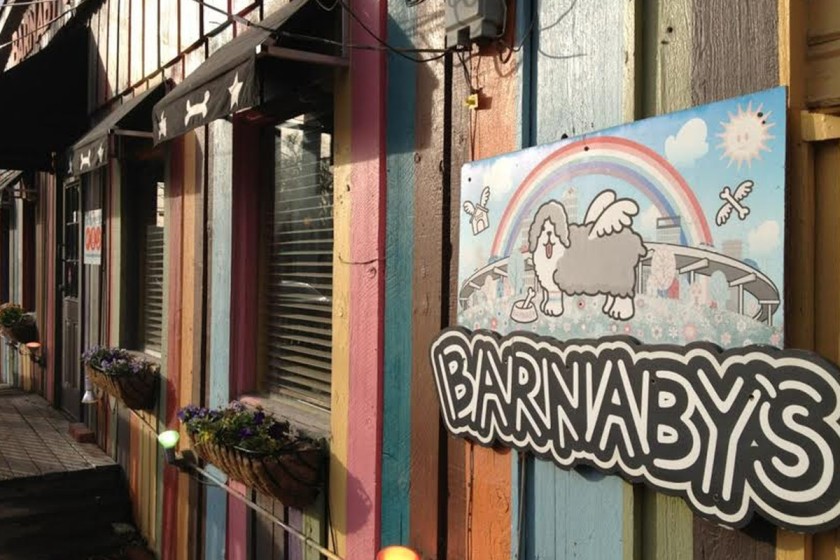 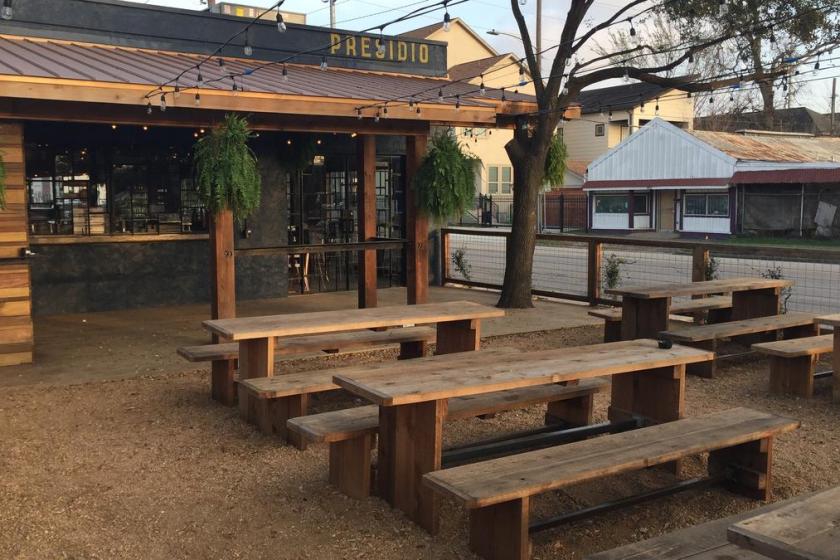 Balls Out Burger: The Heights Area

Photo via Balls Out Burger

Kitchen at The Dunlavy: Near Downtown/Allen Parkway 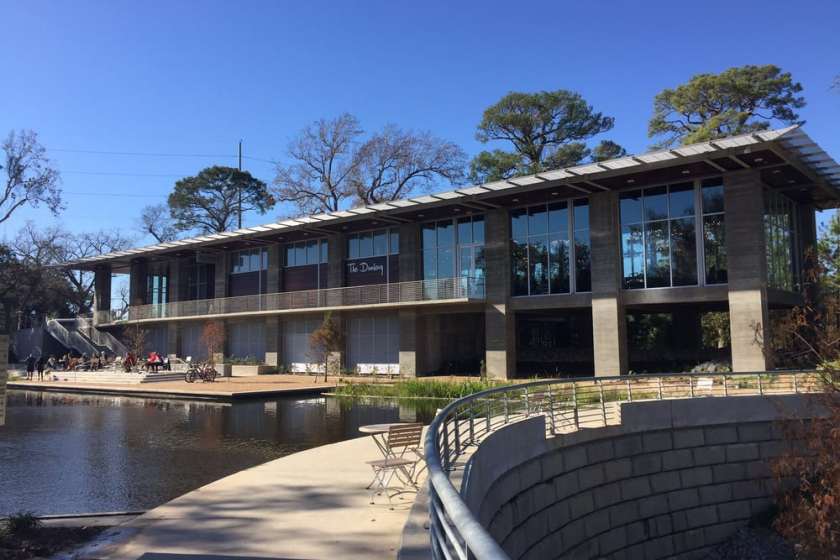